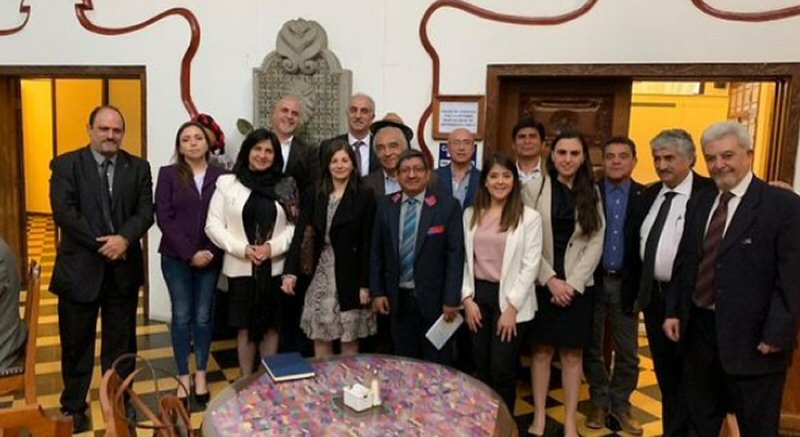 by Daoud Kuttab- Amman
The Palestinian government is turning to its own Christian community and even its evangelicals to campaign against distorted Christian Zionists.

Palestinian foreign ministry officials were in a quandary in recent months. Despite the strong support for the Palestinian cause around the world, a handful of small Latin American countries were causing a political-headache, as they were publicly talking about the possibility of moving their embassies from Tel Aviv to Jerusalem.

For the Spanish speaking Palestinian foreign minister, Riyad Malki, this was truly troubling. He has been to many Central and South American countries and is aware that Palestinian and Arab immigrants to these countries are among the most important communities, both in terms of economic abilities and political power. Arab social clubs are so powerful that anyone wanting to have a chance for networking and influence wanted to join them.

The trouble, of course, was coming from a wave of new fundamentalist Christian leaders, often referred to as Christian Zionists. These leaders, who often get their theology from fellow American televangelists, were bringing the Middle East conflict into internal discussions and promising their supporters to move their embassies as part of their distorted view that somehow blessing and supporting Israel would bring blessing to them.

To counter these new phenomena,  Foreign Minister Riyad Maliki and his staff decided to turn to their own Palestinian Christian community to enlist them in the campaign to put a stop or to reverse the pro-Israeli shift that was taking place by some right-wing Latin American leaders in regards to the cause of Palestine.

Former Bethlehem Mayor Vera Baboun and others were asked to travel to countries like Guatemala, Honduras and Brazil to argue the danger of such a reckless move not only to regional peace, but also to the very same religious communities that these leaders claim to be supporting.

Christian theologians debated what is often referred to as the “dispensational” theology, which distorts Biblical prophecy to argue that the rise of the modern day Israel is the fulfilment of God’s will and, therefore, it is incumbent on all committed Christians to support Israel and its chosen people. They pointed out for example the difference between the Biblical Israelites and today’s Israelis.

The president and former chair of the Bethlehem Bible College Dr. Jack Sara and lawyer Jonathan Kuttab, were asked to be part of two delegations; one that went to Brazil and the other to Guatemala and Hondorus. Palestinian officials in these countries working with local Palestinian communities organised meetings with top officials, as well as with members of local Christian Evangelicals. Reports from those Latin American countries were that the visit was successful and that Palestinian Evangelicals turned the tables on their counterparts, using biblical arguments that there are no more chosen people and that God’s blessing is no longer limited to one people, but as Jesus said in the Sermon on the Mount “blessed are the peacemakers for they shall be called sons of God”.

The PowerPoint presentations made in English full of chapter and verse from the Bible became so attractive that those present all wanted a copy of it translated to Spanish.

While politicians have for ever used religion to advance their own interests, it is not expected that a single tour and a PowerPoint presentation will reverse the many distortions about the Palestinian-Israeli conflict. However, this small experiment points to a much more important fact, namely that our own leaders have been ignorant of the wealth and richness of our own societies and the chance that thinkers in the Arab world, including patriotic Christian Evangelicals, can be of tremendous help in exposing the myths that are being perpetuated by Christian Zionists and are being taken as the gospel truth.

Government officials in Palestine and Jordan need to refresh their own relationships with their own communities and understand that they can use them to bridge the gap with Christian fundamentalists in the west. Arab Evangelicals are nationalist who love their country and support Palestinian rights and can argue chapter and verse with anyone about the right of people to live in freedom, and that occupation, land theft and killing of civilians is abhorrent to the message of peace and justice taught by Jesus Christ.