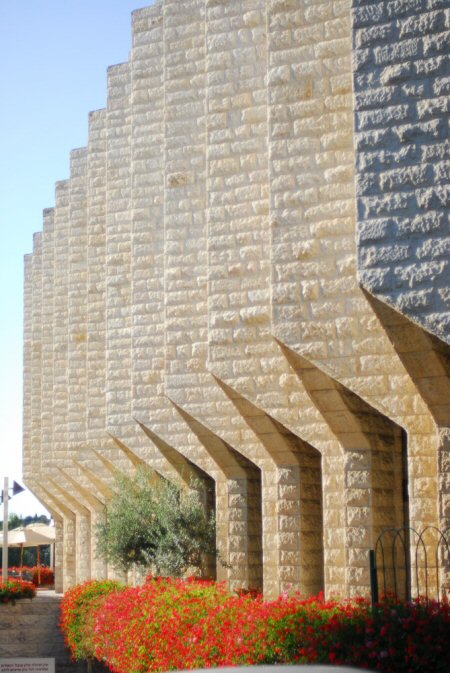 It was between 1981 and 1982 when Israeli authorities seized several pieces of land to the west of the town of al-Zawiya, west of Salfit, the occupied West Bank and used the illegally confiscated land to build quarries.

Azmi Shuqair, a Palestinian journalist and also owner of one of the lands seized by Israel, told WAFA that Israeli authorities have been seizing more and more land, over the years, to construct quarries.

“In the beginning, Israel seized more than 500 dunams and constructed quarries. Now, more than 1500 dunams were plundered for quarries construction,” said Shuqair. “300 dunams were confiscated so that Israel builds a military training camp for the Israeli army.”

Shuqair said such cases should be taken to international courts to sue both Israeli authorities and the companies working in quarry construction.

He also called for the opening of “Khellat Hamad” gate, which allows farmers access to their land beyond the separation wall.

Due to the construction of the separation wall, Palestinian farmers found difficulty in accessing their land in al-Zawiya, which made it easy for Israel to construct a quarry named “Pioneer.” The expansion and construction of more quarries happened after 2002, when Israel surrounded the area with the apartheid wall, resulting in plundering Palestinian stone stocks.

In 2013, the World Bank estimated that the Israeli restriction on Area C deprives the Palestinian economy of $3.4 billion a year, which amounts to 33% of the Palestinian gross product.

According to the Land Research Center, Israeli quarries have confiscated 3,522 dunams of Palestinian lands as of 2015. A report published in the Israeli newspaper Haaretz in 2014 showed that the quarries have expanded beyond their s as stated in the permits given by the “Civil Administration” and Israeli authorities.

In 2015, Norwegian insurance company “KLP” announced that it decided to withdraw investments from the two large international construction material companies, Heidelberg Cement and Simex, which operate through Israeli companies, due to their activities in the occupied West Bank in a way that violates the Geneva Convention.

The Danish pension fund also withdrew its investment in a global building materials company, which operates a quarry in the West Bank.

Marwan Abu Yacoub, Director of the Environment Quality Authority in the Salfit Governorate, told WAFA that “HeidelbergCement, a major company for Israeli quarries, is located in the western area of Salfit, and a stone quarry, which is only 2.5 kilometers away from the town,” said Abu Yacoub.

“There’s another quarry built on the land of the town of Kafr al-Dik, and belongs to the illegal Israeli settlement of Eli Zahaf. It’s located near to a historic archaeological landmark called Deir Samaan,” he said.

By the beginning of 2016, there were approximately 10 quarries owned by Israeli settlers on Palestinian lands, producing 2,930 tons of gravel, 1,400 tons of basecourse and 3,030 tons of soft soil, 80% of which goes to construct Israeli settlements in the occupied West Bank and Israel.

According to Human Rights Watch, since 1994, Israel has rejected issuing permits to Palestinians quarries, in return for the allocation of large areas of lands in the West Bank to Israeli quarries, and issued 11 permits for quarries run by Israelis, which provides 25% of quarry materials to Israeli economies and settlements.

In late March 2016, Israeli military authorities closed around 35 Palestinian stone factories in the West Bank and confiscated equipment worth millions of dollars. As a result, 3,500 Palestinians workers went out of work.

George Karzam, from the Center of Environment and Development, said that based on an analysis of aerial photographs of the Israeli activist Dror Etkes, who monitors Israeli settlement policy, Israeli quarries have expanded their activities by more than 500 dunams of the land during the period from 2009-2014. In many cases, the expansion of the quarries reached into private lands owned by Palestinian families.

A research paper titled “The Aggregates Industry on the West Bank” showed that the quarries industry in the West Bank amounts to $160 million dollars annually.It said 64% of the quarries in Area C are being run by Israel while only 36% is run by Palestinians in Areas A, B and C, indicating that Israeli operators ($105 million) generate about five times the value managed by Palestinians ($21 million).

11/25/17 Apartheid from Within? The Palestinian Citizens of Israel