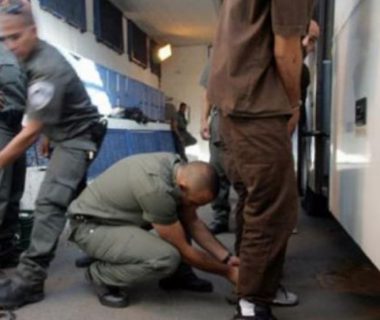 On Monday, undercover soldiers of the Israeli Prison Authority, attacked several Palestinian detainees, in various sections in Ramon prison, causing many to suffer cuts and bruises, the Palestinian Prisoners’ Society (PPS) has reported.

The PPS said the soldiers assaulted the detainees in their rooms, before they were moved to the prison clinic, for treatment.

One of the detainees has been identified as Firas Khalilia, from Jaba’ town, south of the southern West Bank city of Jenin.

The detainees voiced an appeal to legal and human rights groups to intervene, and end the ongoing assaults and violations against them, and their families.