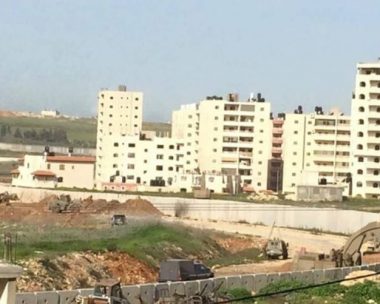 Israeli soldiers invaded, Monday, a Palestinian graveyard in Kafr Aqab town, north of occupied East Jerusalem, and surrounded a graveyard before starting digging work in the cemetery and some of its graves.

Media sources in the town said dozens of soldiers surrounded and isolated the graveyard, before sending bulldozers and digging machines into it.

They added that the army prevented the Palestinians, and media outlets, from entering the graveyard, or its surrounded areas.

Israel intends to demolish six residential towers of approximately 140 apartments, in Kafr Aqab; most of the apartments are already inhabited by dozens of families, who are still fighting legal battles in Israeli courts, but the army is now rushing to demolish them, before the appeals are ruled on by Israeli courts.