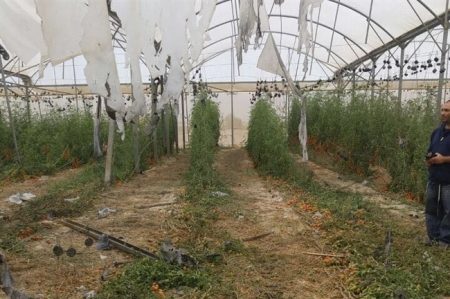 An Israeli army spokesperson told Ma’an News Agency that a “projectile” hit a greenhouse in the Eshkol regional council, causing no injuries.

A police spokesman said that bomb disposal experts had searched the area and that police units were at the scene.

The rocket was fired shortly after the Israeli government announced that it was closing the Taba border crossing, between Israel and Egypt, over information warning of possible attacks targeting Israelis.

In February, two rockets launched from the Sinai Peninsula hit an open area in Eshkol, similarly causing no injuries.

The Sinai Peninsula has been the site of ongoing violence between Egyptian forces and armed militant groups, which has increased since Egyptian President Abd al-Fattah al-Sisi took power from Muhammad Morsi of the Muslim Brotherhood, in 2013.