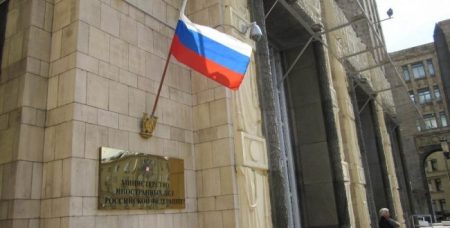 On Thursday, the Russian Foreign Ministry stated that, if a peace agreement between Israeli and Palestinian people could be reached, Russia could acknowledge West Jerusalem as the capital of Israel.

Russia does not officially acknowledge West Jerusalem as Israel’s capital, according to the PNN, and, up until Thursday, has not made any statements as to their opinion on the status of West Jerusalem. This slight shift in Russia’s position, rather surprisingly, comes after they condemned the Israeli’s decision to establish a new settlement for the Amona evacuees.

The statement said that “the stalling of the Middle East peace process has created conditions for unilateral moves that undermine the potential for an internationally accepted solution to the Palestinian problem, under which two states – Israel and Palestine – could live in peace and security with each other and with their neighbors. We reaffirm our commitment to the UN-approved principles for a Palestinian-Israeli settlement, which include the status of East Jerusalem as the capital of the future Palestinian state. At the same time, we must state that, in this context, we view West Jerusalem as the capital of Israel.”

Finally, Russia said that a peaceful solution to the conflict between Israelis and Palestinians can only be reached in direct negotiations between the two.