Salfit Farmers Unable To Harvest Their Lands Isolated Behind The Wall 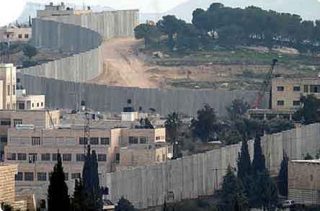 Dozens of farmers from the central West Bank district of Salfit have complained about being prevented from entering their lands, isolated behind the illegal Israeli Annexation Wall, in Salfit.

The farmers, from Salfit city, Masha, Marda, Eskaka and many communities in the district, said the Israeli army is denying them access to their lands, isolated behind the Wall, an issue that is preventing them from harvesting their almond trees, figs, carob trees and several other types of summer produce.

They added that the soldiers are only granting them permits to enter their own lands when the produce is still not ready to be picked, or when it is too late for harvest, and that just in rare occasions, the army grants them permits restricted by very short timeframes.

Palestinian researcher Khaled Ma’ali, said the Wall and Israel’s illegal colonies have led to the destruction of about %70 of the farmlands, and grazing lands, in Salfit district, especially amidst the expansion of the district’s 24 Israeli colonies.

“By preventing the Palestinians from planting and harvesting their own lands, Israel is significantly increasing poverty among the farmers,” Ma’ali stated, “This is a direct violation of International Law, and the Fourth Geneva Convention, especially articles on the protection of civilians and their lands.”