Samidoun Calls for Action to Save Life of Walid Khaled Sharaf 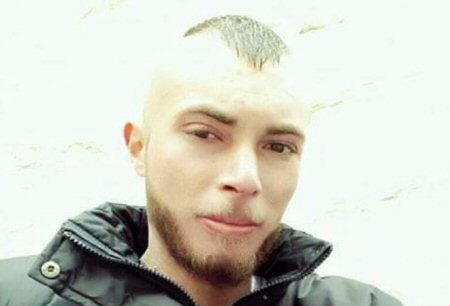 Palestinian prisoner Walid Khaled Sharaf, 25, from Abu Dis in occupied Jerusalem, is suffering from serious illness in Ramle prison clinic. Sharaf is jailed without charge or trial under administrative detention; the order against him was renewed for another six months on 4 February on the basis of so-called “secret evidence” despite his deteriorating health condition. He has been jailed without charge or trial since 10 June 2018 and has spent nearly five years in Israeli prison over multiple detention periods.

Sharaf is suffering from kidney, liver and intestinal disease as well as a skin disorder. His condition has worsened significantly and he was transferred from Ofer prison to the Ramle prison clinic, notorious for its neglect and mistreatment of ill Palestinian prisoners.

There are 15 Palestinian prisoners held at the Ramle prison clinic with the most serious health conditions and 140 more with severe, life-threatening conditions. Twenty-one prisoners have cancer and 34 have some form of serious disability that prevents them from performing daily tasks. Israeli prisons are not accessible for prisoners with disabilities, who require assistance from other prisoners for basic needs. Another Palestinian jailed without charge or trial, Moataz Obeidu, requires the assistance of his fellow prisoners to move, uses a colostomy bag and needs help with personal needs. Despite needing treatment outside the prison walls, he is facing a four-month extension of his administrative detention.

Israa Jaabis is one of several women prisoners suffering from severe health problems. A cooking gas cylinder she was carrying caught on fire inside her car at an Israeli checkpoint, and Jaabis was forced to remain inside her car in the blaze. She suffered burns over 60 percent of her body, eight of her fingers were amputated and she suffered severe damage to her arms, ears, nose and face. She requires assistance with basic daily activities like eating, bathroom usage and changing clothes. Despite her severe health condition, Jaabis, a mother and social worker was sentenced to 11 years in Israeli prison, where she continues to require critical surgeries and depends on fellow prisoners for support.

Samidoun urges all international supporters of Palestine to join the call to free Walid Sharaf and all sick prisoners from Israeli occupation prisons. Their health is facing further deterioration and their lives are at risk due to the ongoing practices of the Israeli state.