Scores Participate in the Funeral of Slain Palestinian Worker in Bethlehem 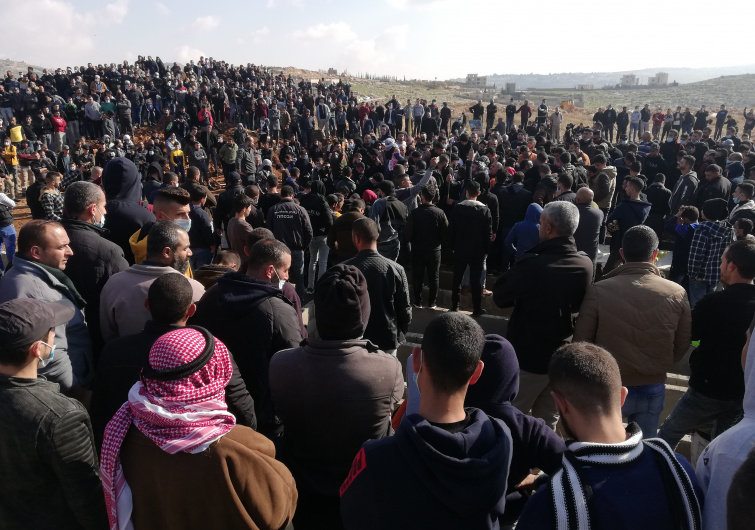 Scores of Palestinians, on Friday, joined family members at the funeral of Abed Al Fatah Obiyat, the worker who was found dead under suspicious circumstances at his workplace in occupied Jerusalem.

According to local sources, the funeral procession began at the home of Abed Al Fatah in the Obiyat village east of Bethlehem, in the southern West Bank, and the body of the deceased Palestinian man was laid to rest at the local graveyard.

Abed Al Fatah was found dead at his workplace near the Israeli illegal settlement of Gilo located between occupied Jerusalem and Bethlehem.

Abed Al Fatah’s brother Fatehiy spoke to Radio Bethlehem 2000 on Thursday, he stated “My brother was at his work along with my other brother and cousin, they went to the bank to get paid and left him alone to collect their construction equipment, he lost contact with him at around five in the afternoon”

He added “The Israeli police were contacted to look for him, but they did not help, so we went looking for him, and we found him dead with bruises and he had residue of pepper spray on his eyes.”

“We think it was extremist settlers who killed him, we asked the Israeli police to investigate and collect the security camera videos, they are not cooperating because he is Palestinian.” Fatehiy speculated.