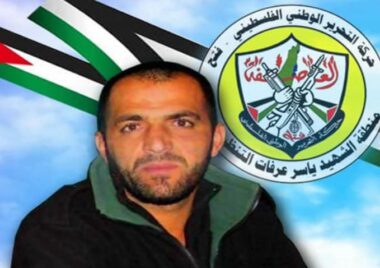 Local sources have reported that a Palestinian man died under suspicious circumstances in the Israeli settlement of Gilo, near Bethlehem, on Wednesday.

The Quds News Network reported that the man, identified as 37-year-old Abdul-Fattah Obeyyat, was found beaten to death with a noose around his neck, although this claim could not be independently verified by IMEMC.

There was no source identified in the Quds News report, although the paper claimed that they received their information from Obeyyat’s ‘family members.

Quds News quoted his family accusing Israeli settlers of assaulting and killing him. No further information is known about the cause of death.

His corpse had signs of bruises and cuts, which indicated that he might have been assaulted. According to the Quds News report, Obeyyat was a worker in the settlement.

Although some Palestinians work in the Israeli colonial settlements to be able to survive, it is a practice that is frowned upon by most Palestinians, as the settlements are constructed on stolen Palestinian land.

The Gilo settlement has been the site of much controversy in the last several months, as Israeli authorities announced their plans to expand the settlement further onto Palestinian land and to construct a light rail from Jerusalem to the Israeli-only settlement at Gilo.

All Israeli settlements on Palestinian land are considered illegal under international law and the Fourth Geneva Convention, to which Israel is a signatory.