Second Child in Less than 24 Hours Summoned for Interrogation 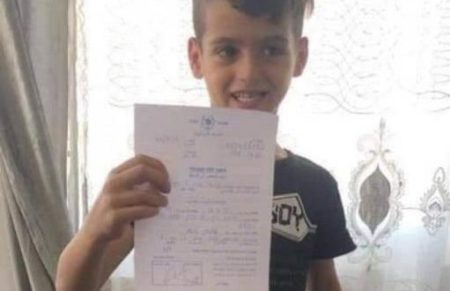 Israeli forces summoned a second Palestinian child, in less than 24 hours, for interrogation.

Qais Firas Obaid, 6 years old, from al-Isawiyya, in the occupied city of Jerusalem, was summoned by Israeli forces on Tuesday evening, for interrogation, just after a summons was issued to Mohammad Elayyan (4 years), on Monday night.

According to local sources in the town of al-Isawiyya , the military sent Qais’ family an official summons to come to the interrogation center in Jerusalem, on Wednesday at 8 am.

On Monday, Israeli authorities handed over an investigation of the Jerusalemite child Mohammed Elayyan (4 years,) from the town of al-Isawiyya, in Jerusalem, under the pretext of “throwing stones at a vehicle of the occupation forces during the storming of the town.”

Occupation forces stormed the village and followed the child, Elayyan, PNN further reports. His family was present at the scene and the police asked them to bring him the following day, for investigation at the police station.