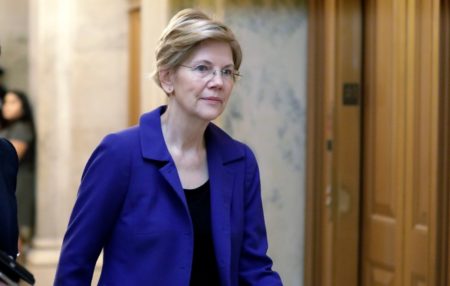 Democratic U.S. presidential candidate, Elizabeth Warren, Sunday, said that she is open-minded with regard to making US aid to Israel dependent upon the acceptance of its government to halt its illegal settlement construction in the occupied West Bank.

“Right now, Netanyahu says he is going to take Israel in a direction of increasing settlements, but that does not move us in the direction of a two-state solution,” Warren added.

She pointed out that the official policy of the United States is one which supports a two-state solution, saying that “if Israel is moving in the opposite direction, then everything is on the table.”

It is the right of all people to protest for a better future without a violent response,” Sanders tweeted last year.

“Meanwhile, the situation in Gaza remains a humanitarian disaster. The US must play a more positive role in ending the Gaza blockade and helping Palestinians and Israelis build a future that works for all,” Sanders added, according to Al Ray.