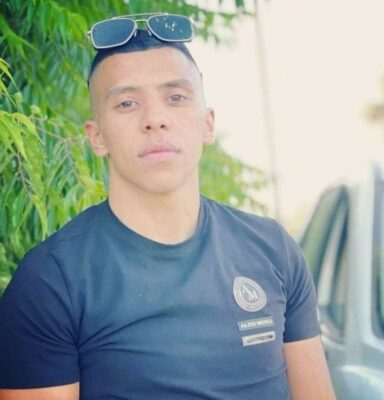 On Saturday morning, medical sources reported that a young Palestinian man who was shot and seriously injured on April 22nd after Israeli soldiers stormed the courtyard of the Al-Aqsa Mosque in occupied Jerusalem died from his wounds.

The Palestinian, Walid Sharif, was seriously injured when the soldiers invaded Al-Aqsa on the third Friday of the holy Muslim month of Ramadan and assaulted hundreds of worshipers.

Walid, from Beit Hanina north of Jerusalem, suffered a profoundly serious head injury near the al-Magharba Gate before the soldiers abducted and assaulted him.

The soldiers dragged the wounded Palestinian out of the courtyards of Al-Aqsa Mosque. Then, they assaulted him despite his serious wounds before taking him to Hadassah Medical Center. Still, the army and the police were deployed there in the dozens and prevented the family from seeing him for several hours.

His brother Abdul-Rahman, a medic in Al-Aqsa, said Walid suffered a skull fracture and Hemorrhage in the brain after the soldiers shot him with a rubber-coated steel bullet in the head from a very close range.

He added that his brother remained in a coma after his brain was deprived of oxygen for at least twenty minutes.

At the time, the doctors at the Hadassah Israeli Medical Center in occupied Jerusalem said there is nothing more they can do for the young man and that he is in a coma in the intensive care unit.

Although Walid was shot in the afternoon, the family could not see him until the early night hours.

During the Israeli assault on the worshipers, the army injured 152 Palestinians, including many women and children, especially after the army used drones to fire gas bombs at the worshipers in the Al-Aqsa compound.

The Israeli army also abducted and detained more than five hundred Palestinians from the courtyard of Al-Aqsa.