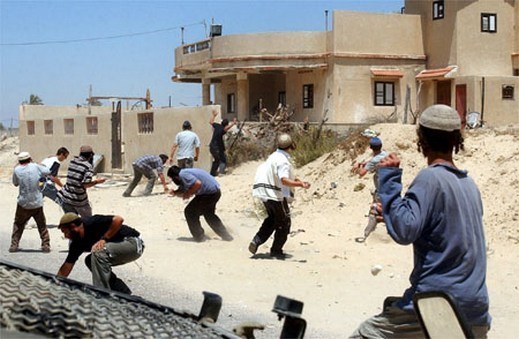 A number of Palestinians sustained injuries in extremist settler attacks against their cars, to the west and south of both Nablus and Hebron.

Ghassan Daghlas, official in charge of settlement affairs, said that Israeli settlers threw stones against Palestinians’ cars, and a number of Palestinians hospitalized in Rafidia hospital in minor injuries.

Local sources reported that armed settlers closed a number of roads in southern Nablus and attacked the Palestinians’ cars.

Previously, the Israeli Knesset passed an amendment to civil law, establishing minimum prison sentence of three years for people who throw rocks at Israeli troops, civilians or vehicles. However, Israeli settlers are not subjected to this law.