Settler Attacks on the Rise in Hebron’s Tel Rumeida 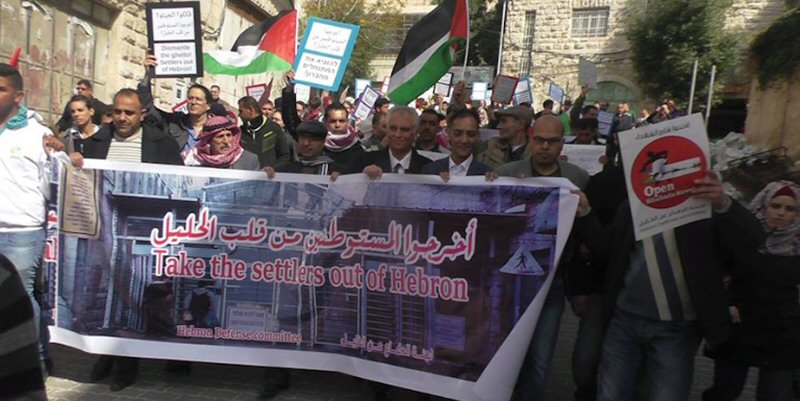 On Wednesday, July 4, 2018, the well-known extremist settler Baroch Marzel set up a tent in the Tel Rumeida neighborhood of downtown of Hebron. The tent was next to the home of Radi Abu Aysha. Other settlers came to the tent in support of Marzel, causing nearby Palestinians to be unable to leave their houses. Israeli forces removed the tents and the settlers left the area that night.

That same day in Tel Rumeida, settlers physically assaulted resident Abed Nidal al-Fakhouri. Israeli forces arrived at the scene of the attack and assaulted al-Fakhouri and then detained him.

Locals report that settlers from Ramat Yishai settlement in Tel Rumeida tried to build a new road on nearby land belong to al-Bakri family early this month. They damaged part a stone wall on the land. Eyewitness Mohammed Abu Markhiyya said that Israeli police did not try to stop the vigilante settlement expansion.

Imad Abu Shamsiyya, coordinator of Hebron human rights groups affirms that settlers have escalated their attacks against Palestinian residents in the downtown Hebron this month.

In Israeli occupied downtown Hebron, five small settlements that house between 500 and 1,000 Israelis continue to expand onto Palestinian land and property. A series of discriminatory policies and practices has transformed the area, where 55,000 Palestinians live, into a real ghetto governed by a system of Apartheid that benefits Israeli settlers. Local and grassroots movements, political parties, and activists have struggled to end the racist rule over the city for years.

This unjust system was given a level of permanence when the Palestinian Authority (PA) and Israeli government agreed to divide downtown Hebron and signed the 1997 Hebron Protocol. The agreement divided the city into H1 (the west side of Hebron that is under PA control) and H2 (the area between Hebron and Kiryat Arba settlement that remains under full Israeli control.)

Settler presence in the city has only increased since the Hebron Protocol. Palestinians describe the overriding philosophy behind these policies as “reward the criminal, punish the victim.”