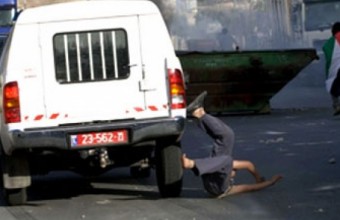 An Israeli settler, on Tuesday, attempted to run over a Palestinian human rights defender while he was on his way home to Tel al-Ramida, in Hebron.

Abu Shamsiyya said, according to WAFA, that this is not the first time he was attacked by settlers in the area. However, this time, he was able to recognize the face of the person who tried to attack him. The activist filed a complaint with the Israeli police against the extremist settler.

Settlers violence against Palestinians and their property is routine in the West Bank and is rarely prosecuted by Israeli authorities.

According to the Israeli rights group B’Tselem, “As the occupying force, Israel must protect the Palestinians in the West Bank. However, the Israeli authorities neglect to fulfil this responsibility and do not do enough to prevent Israeli civilians from attacking Palestinians, their property and their lands.”

Imad Abu Shamsiyya is the co-founder of the Human Rights Defenders Palestine, and works specifically on documentation and video recording of human rights violations committed against Palestinians.

He is a long-standing activist in Palestine and was formerly a volunteer at B’Tselem, the Israeli Information Center for Human Rights in the Occupied Territories, where he is involved in documenting the occupation of Tel-Rumeida.