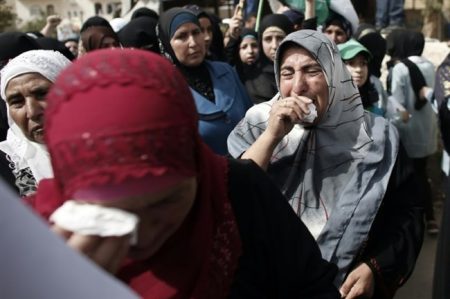 Dozens of Palestinians protested last night, on Ibn Jibriol street in the Wadi Saleeb area of Haifa, Israel (pre-1948 territories), following the death of a young Palestinian girl identified as Nada Ibadh,  aged16, after an Israeli settler ran her over with his car.

The protesters shut down the street, which is called “ the street of death” in denunciation of the repeated ran-over incidents in the same street, with no responsible body taking action.

The victim girl was hit on Tuesday, according to Al Ray Palestinian Media Agency, as she was crossing the pedestrian crossing. The driver reportedly fled the scene.

Israeli police arrested a 65-year-old settler on suspicion of his involvement in the accident.