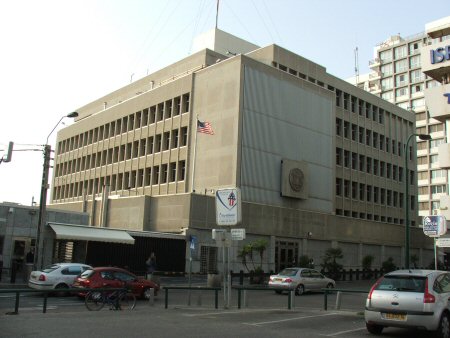 United States President Donald Trump signed a presidential waiver on Thursday, delaying the implementation of a congressional decision to move the US embassy from Tel Aviv to Jerusalem, according to several media outlets.

The six-month, renewable waiver has been signed by every US President for the past two decades. Ma’an News Agency reports that, on Wednesday, observers were unsure of what decision Trump would take, as moving the embassy to Jerusalem was one of his campaign promises during the elections.

The highly controversial move, which was celebrated by Israeli officials, would have been seen as the first step to a drastic abdication of longstanding US policy that has largely adhered to international standards on Israel-Palestine, which maintains East Jerusalem as an intricate part of occupied Palestinian territory and the capital of any future Palestinian state, despite Israel’s annexation of the territory.

The fate of Jerusalem has been a focal point of the Israeli-Palestinian conflict for decades, with numerous tensions arising over Israeli threats regarding the status of non-Jewish religious sites in the city, and the “Judaization” of East Jerusalem through settlement construction and mass demolitions of Palestinian homes.
Fatah, the ruling party of the Palestinian Authority, warned in March that relocating the embassy would “explode the situation” in the entire Middle East and North Africa.

On the issue of Palestine, Trump has remained largely elusive, saying in February that when it came to a solution for the decades-long Israeli-Palestinian conflict he could “live with either” a one- or two-state solution, in a significant departure from the US’ publicly held position in favor of a two-state solution to the conflict.

However, his elusiveness has not belied the fact that Trump and his administration have maintained their pro-Israel stance, despite stated efforts to renew the Israeli-Palestinian peace process, which he said, in the past, was “not as difficult as people have thought over the years.”

During Trump’s first international trip as US President, the controversial leader visited Israel and the occupied Palestinian territory amid widespread protests among Palestinians in the territory, while reports have emerged that Trump had become “enraged” during a meeting with Palestinian President Mahmoud Abbas over allegations of “incitement.”

Earlier this year the US House of Representatives passed a resolution confirming US commitment as a diplomatic ally to the Israeli government, and demanded that the US government dismiss any future UN resolutions they deemed “anti-Israel,” following the passage of a UN Security Council resolution condemning Israel’s illegal settlement building.

Trump’s pick of David Friedman for US Ambassador to Israel has also raised concerns among Palestinians and rights groups, as the former bankruptcy lawyer has been vocal in his support for Israeli settlements — which has included direct financial assistance to the illegal Beit El settlement in the central West Bank — and his unflinching support for the Israeli government.

Friedman has also publicly announced his disdain for the two-state solution, which is the most important precursor for Palestinians to enter into any peace talks. He has also accused former US President Barack Obama of being an “anti-Semite” and compared American Jews who oppose the half-century occupation of the West Bank, including East Jerusalem, to prisoners who served as guards in Nazi concentration camps.

On top of this, reports have emerged that the US Congress and the Knesset, Israel’s parliament, would mark the 50th year of Israel’s occupation of the Palestinian territory during a joint video event on June 6. Either US President Donald Trump or Vice President Mike Pence is expected to attend the event on Capitol Hill to celebrate what Israelis refer to as the “reunification of Jerusalem.”

In response, Palestine Liberation Organization (PLO) Executive Committee Member Hanan Ashrawi said in a statement that the move was “unprecedented” and “provocative” and that the US Congress was “singularly contravening longstanding American policy and becoming party to Israel’s egregious violation of international law and international humanitarian law.”

“If the US wants to play a constructive role as a peacemaker rather than as a supporter of an illegal occupation, it must demonstrate respect for the law and recognition of equal rights for all peoples, foremost the Palestinian right to self-determination and freedom,” Ashrawi concluded in the statement.

Related interest: 05/22/17 Trump visits Israel: No to Israeli leaders at the Western Wall in Palestine