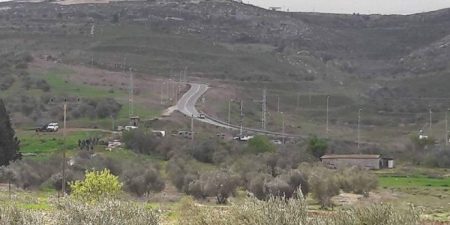 Ghassan Daghlas, who is responsible for the settlement files in the northern West Bank, told the PNN that 12 settlers attacked the school, stormed the playground and opened fire, causing panic among the children.

Daghlas added that the children’s folks have stood up against the settlers, attempting to make them leave the scene.

Daghlas also confirmed that Israeli soldiers were watching the settlers storm and attack the school from their military watchtowers, but only made them leave after clashes broke out between the settlers and the parents.