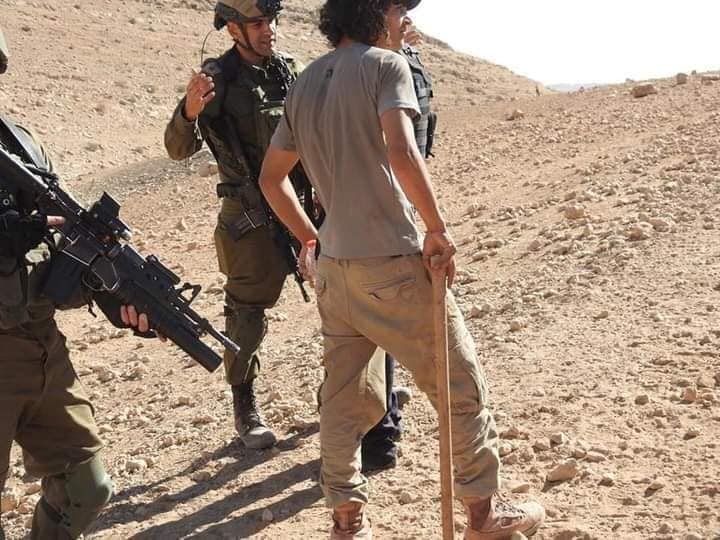 Illegal colonial settlers attacked, on Sunday, three Palestinian civilians on their own property, east of Yatta town, south of Hebron city in the southern occupied West Bank, according to a local official.

Coordinator of the Protection and Resilience Committees, Fouad Al-Amour, told the Palestinian News and Information Agency (WAFA) that at least twenty two colonists attacked three civilians with batons, including two women, in the al-Tha’ala community.

One of the victims of the assault, Youssef Awad, stated that two colonists were grazing their sheep near his home
in the al-Tha’ala community, when at least twenty more colonists arrived and they all began beating him, his wife, and another female relative with batons.

All of the victims sustained light injuries.

Photographic and video evidence shows the occupation soldiers fully protecting and supporting the illegal settlers attack instead of reprimanding them for the attack, a common occurrence.