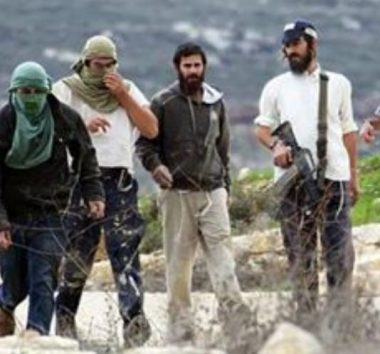 Sources told WAFA that settlers from the nearby illegal Israeli settlement of Har Bracha attacked homes located in the eastern part of the town before they were fended off by local residents.

A settler reportedly opened live fire on residents without causing any casualties among them.

A report published by the Israeli human rights organization Yesh Din stated that Israeli settlers enjoy widespread impunity for their attacks against Palestinians in the West Bank.

“The IDF and police are neither prepared nor willing to provide the necessary protection to Palestinians attacked by violent settlers.”

“The State’s ongoing failure to instate criminal accountability of violent settlers inadvertently empowers them and supports the continuation of their strategic brand of violence,” said the report.

Most cases of violent crimes against Palestinians not only go unpunished – but often are completely ignored by the authorities.

This is a blatant violation of the human rights of Palestinian civilians living in the West Bank and of Israel’s duties under International Humanitarian Law, said the report.

“Even when criminal investigations against soldiers accused of such offences are opened, they almost always fail.”