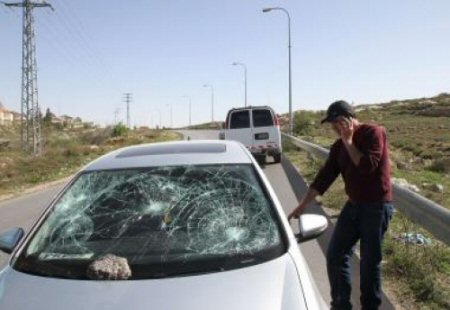 Israeli settlers attacked, on Wednesday, Palestinian vehicles near the town of Silat al-Zohor, to the south of West Bank city Jenin, and shouted anti-Arab slogans.

Witnesses confirmed that settlers deployed near the settlement of “Homesh”, and attacked the vehicles of citizens and threw stones, amid racial chants.

They pointed out, according to Al Ray, that the settlers’ aggression continued until late last night.

Settlers frequently return to the location of the evacuated settlement between the towns of Barqa and Silat al-Zohor and attacked Palestinian vehicles, farmers and shepherds.