Settlers Cut Down Olive and Grape Trees Near Salfit 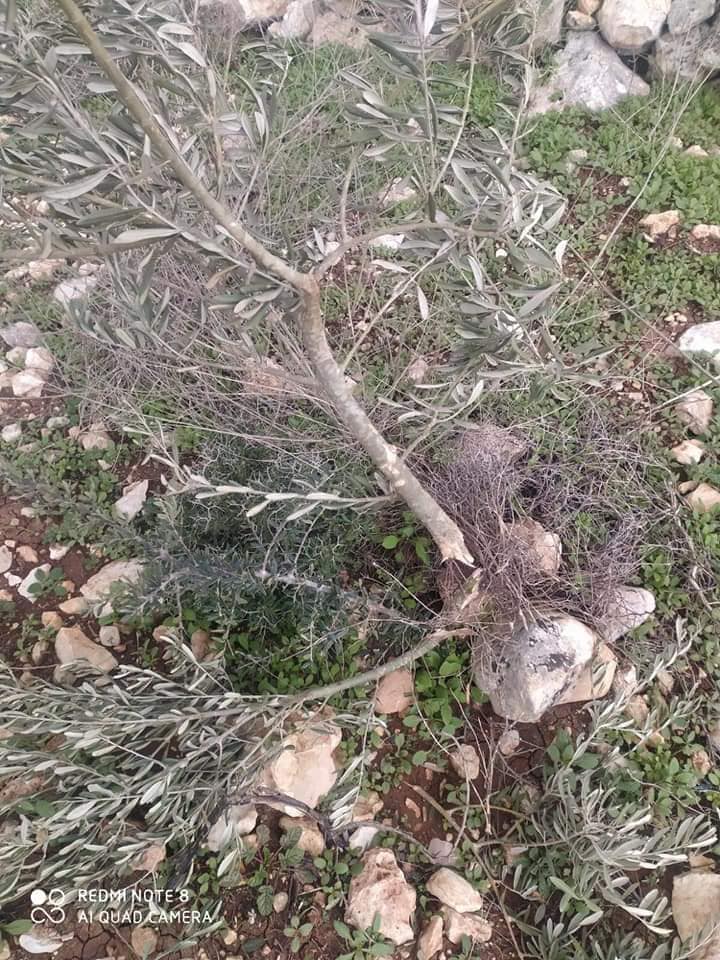 The landowner, identified as Husam Samara, told the Palestinian News & Information Agency (WAFA) that when he reached his agricultural land, he was stunned to see that at least 25 of his five-year-old olive saplings had been uprooted, presumably by Israeli settlers.

In related news, settlers chopped, on Thursday at night, at least 90 trees belonging to Palestinian farmers in the villages of Yasuf northeast of Salfit and Kafr al-Dik to the west, local sources reported.

The son of the landowner Ali Yasin, told WAFA that 40 olive saplings were cut down on the outskirts of Yasuf village.

Najeh Harb, a local Palestinian from Kaf al-Dik village said that 50 of his grape trees were uprooted by illegal settlers.