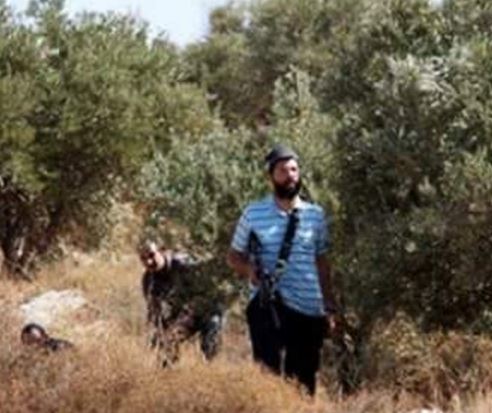 A group of Israeli settlers, escorted by Israeli forces, leveled Palestinian agricultural lands on Thursday, near the village of Deir Ghassana, in the central occupied West Bank district of Ramallah.

A spokesperson for Israel’s Coordination of Government Activities in the Territories (COGAT) could not be reached for comment. Deir Ghassana, in the town of Bani Zeid, is located near the illegal Israeli settlement of Beit Aryeh-Ofarim.

According to the Applied Research Institute – Jerusalem (ARIJ), thousands of dunams of land have been lost, over the years, in Bani Zeid, through Israeli land confiscations for the construction of Israeli settlements, Israeli bypass roads, the Israeli separation wall, and to isolate agricultural land.

Attacks by Israeli settlers’ living near Bani Zeid have historically attempted to intimidate Palestinians from accessing and returning to their agricultural lands, which are located in close proximity to the settlements.