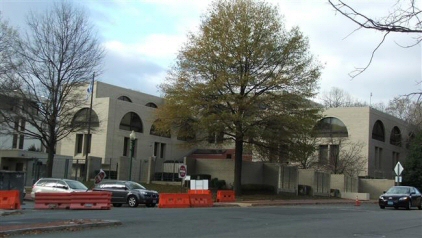 More than 100 prominent writers and literary figures have written a damning open letter to PEN American Center, urging it “to reject support from the Embassy of Israel” for the week-long World Voices Festival (PWVF) in New York at the end of this month.

“It is deeply regrettable that the festival has chosen to accept sponsorship from Israel, even as it intensifies its decades-long denial of basic rights to the Palestinian people, including the frequent targeting of Palestinian writers and journalists,” read the letter sent to PEN American Center and other festival participants in March, which was published online on Wednesday.

According to Press TV/Al Ray, PEN American Center, based in New York, is the largest of the 144 centers that belong to PEN International, the worldwide association of prominent writers and editors that defends those who are harassed, imprisoned and killed for expressing their views.

The letter added that both Palestinian and international journalists and writers face heightened levels of repression by the Tel Aviv regime.

“In 2015, Israel denied Palestinian American novelist Susan Abulhawah entry into Palestine, and African American writer Kristian Davis Bailey was racially profiled, arrested and harassed by Israeli authorities, when he attempted to visit Palestine. All these incidents are part of a broader pattern of Israel’s systematic repression of Palestinian artists and cultural workers as well as the suppression of voices supportive of Palestinian rights,” it pointed out.

Among the writers who have signed onto the letter are Pulitzer Prize winners Alice Walker, Richard Ford and Junot Diaz, plus award-winning author Louise Erdrich.

The letter was sent to PEN American Center by Adalah, a non-profit group that supports the Boycott, Divestment and Sanctions movement against Israel.

“As a PEN member, I want this organization that is supposed to be a champion of writers’ rights to stand up for Palestinian writers, academics and students who are suffering under a repressive Israeli regime that denies their right to freedom of expression,” said American writer Alice Walker, author of the critically-acclaimed novel the Color Purple.

Marilyn Hacker, recipient of PEN Voelcker award for poetry and PEN award for poetry in translation, also stated that “PEN should have policies and ethical standards in place forbidding partnerships with significant human rights abusers. On that basis alone, PEN should rule out a partnership with Israel.”