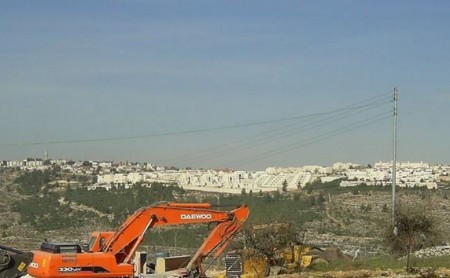 The Israeli Government, headed by Prime Minister Benjamin Netanyahu, is set to approve more than 45 Million Israeli Shekels in aid to Jewish colonies, in the occupied West Bank, under the pretext of “helping families impacted by terrorism.”

The government will be holding its weekly cabinet meeting this Sunday, and is set to approve a comprehensive plan that would funnel nearly 45 million to the illegal colonies, built in direct violation of International Law and the Fourth Geneva Conventions, in different parts of the occupied West Bank, including occupied Jerusalem.

Commenting on the latest decision, head of the Meretz leftist party Zahava Gal-On said the plan has nothing to do with “aiding bereaved families” as Netanyahu claims, and is merely a plan to funnel funds to construction contractors, who are acting in direction coordination with the Jewish Home Party, its leader Naftali Bennett and Agriculture Minister Uri Ariel (Jewish Home Party).

Arab Member of Knesset of the Meretz Party IsawiFreij, said the Netanyahu-led government does not need excuses “to continue spoiling the settlers with more money,” and added that “taxpayers in Israel became ATM machines for the settlers.”

Meretz party Member of Knesset Michal Rozen said the Israeli government, within a week, allocated dozens of millions for settlements under the pretext of “urgent aid.”

Rozen added, “the Netanyahu-led government coalition is using the current tension to pass laws and channel funds for settlements, and for the annexation of more Palestinian lands.”