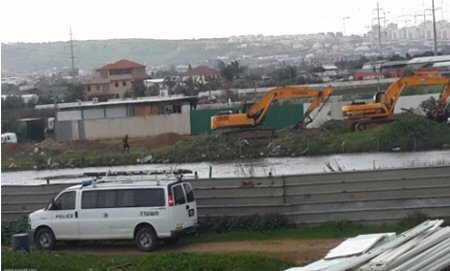 A number of Israeli settlers, escorted by troops, have confiscated a large area of Palestinian land, in the northern Jordan Valley of the occupied West Bank, despite an international outcry against the Tel Aviv regime’s land expropriation policies in the occupied territories.

Local Palestinian media reports said, on Monday, that the group placed barbed wire and electric fence around more than 600 dunams (0.6 square kilometers) of Palestinian-owned land in the Khillet al-Oqda and al-Sweideh areas of the valley, which comprises a third of the occupied West Bank.

Israeli troops have also installed surveillance cameras on the seized land, according to PressTV/Al Ray.

The illegal Israeli land grab in the occupied Jordan Valley is a regular occurrence for extremist settlers and Israeli military.

The Palestinian territories were seized by the Tel Aviv regime under the contested Absentee Property Law, which paves the way for Israel to take over the property of Palestinians who have been forced from their homeland, following the 1948 war.

The law stipulates that houses could be confiscated if their owners are currently residing in the West Bank or the Gaza Strip.

First passed in 1950, after the creation of Israel inside Palestine, the law says house owners who fled to the “enemy territory” are declared “absent” or “missing”, and their property can be put at the disposal of the regime.

Following the 1967 war, the law was applied to East al-Quds to enable Tel Aviv to confiscate homes of Palestinians that are not “absent” or “missing” but live in so-called adversarial territories.

Thousands of acres of privately-owned Palestinian lands were given to Israeli settlers of the Jordan Valley in the 1960s and 1970s, and the seizure continues.

The Israeli regime also has been involved in propping up settlements deemed illegal by the international community, due to their construction on occupied territory.

The UN Security Council has condemned Israel’s settlement activities in the occupied territories, in several resolutions.

About 600,000 Israelis live in over 230 illegal settlements built since the 1967 Israeli occupation of the Palestinian territories of the West Bank and East Jerusalem al-Quds.