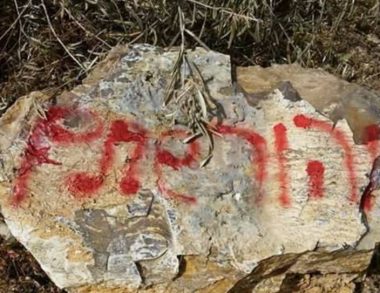 Belonging to far-right Jewish group “Price Tag,” Israeli settlers broke into the town in middle of the night, before they punctured the tires of dozens of parked vehicles. They also spray-painted racist anti-Arab graffiti on walls and on some of the parked vehicles.

Many Palestinian activists and rights groups have repeatedly blamed Israel for fostering a “culture of impunity” for Israelis committing violent acts against Palestinians.

Better known as “Price Tag” attacks, extremist Israeli settlers carry out violent acts of punishment on Palestinians and their property to demonstrate their opposition to Israeli restrictions on settlements in the occupied Palestinian land, WAFA reports.