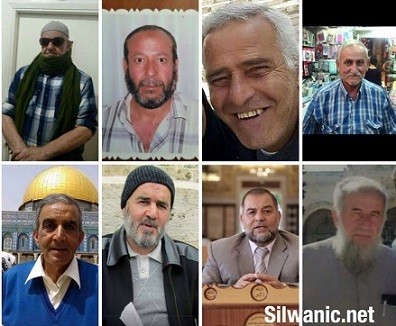 The Israeli District Court, in occupied Jerusalem, indicted seven elderly Palestinian men of what it called “joining a hostile organization,” for their activities, nonviolently resisting the provocative tours conducted by Israeli extremists into the Al-Aqsa Mosque.

The Court will be holding a hearing into the indictments on May 17, and also decided to prevent the men from entering the Old City of occupied Jerusalem and the Al-Aqsa Mosque, until that date.

The seven Palestinians were among fourteen elderly men, who were kidnapped by the Israeli army in different parts of occupied Jerusalem, on April 14.