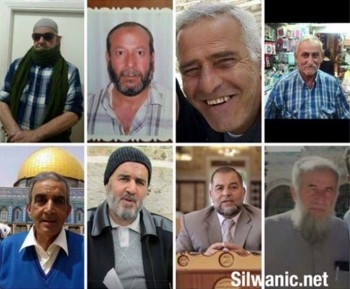 Israeli soldiers carried out, late at night Wednesday and on Thursday at dawn, massive invasions and searches of homes and property in different parts of the occupied West Bank, and kidnapped 31┬ĀPalestinians, including a child in Bethlehem, and 14 elderly men from Jerusalem.

The Palestinian PrisonersŌĆÖ Society (PPS) said the soldiers kidnapped sixteen┬ĀPalestinians from Jerusalem, between the ages of ┬Ā45 and 70, after violently searching their homes, causing excessive damage.

It is worth mentioning that the army have kidnapped 28 Palestinians, between the ages of 50 and 70, in Jerusalem since the beginning of this month. In Ramallah, the soldiers invaded al-Ajouli currency exchange shop, and kidnapped Ghazi al-Ajouli before burning the shop. Another Palestinian, identified as Othman AsŌĆÖad Thaher, was kidnapped in the nearby town of Ein Seena.

In the central West Bank district of Tubas, the soldiers kidnapped one Palestinian, identified as Adham Daraghma.

In Bethlehem, the soldiers kidnapped a child, identified as Nouran Balboul, 14, the daughter of Ahmad Balboul, who was assassinated by the Israeli army, along with two other Palestinians, on March 12 2008.