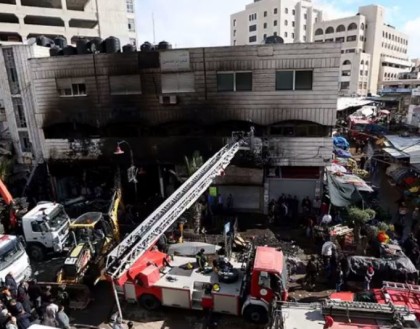 Israeli soldiers invaded, on Thursday at dawn, a currency exchange shop in a building in the central West Bank city of Ramallah, and fired stun grenades, causing the building to burn.

The soldiers invaded the al-Ajouli Currency Exchange shop in the building, and fired many stun grenades, after confiscating large sums of cash, causing the shop to catch fire that spread through the building.

The Israeli army claimed the soldiers stormed the currency exchange shop to confiscate what it called “money used to fun terror.”

An Israeli army spokeswoman said the soldiers ordered the owner, Ghazi al-Ajouli, to open the safe, but he refused to do so, and the army opened it in what she described as a “controlled detonation.”

The invasion and detonation led to clashes between the soldiers and many local youths, who hurled stones and empty bottles on them, especially in the al-Quds Street, near the currency exchange store. 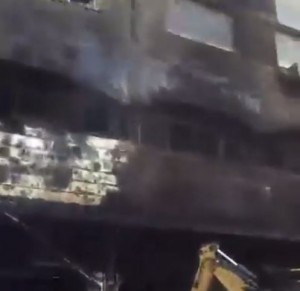 She added that the detonation caused the building to catch on fire, and that the soldiers arrested Ghazi to interrogate him.