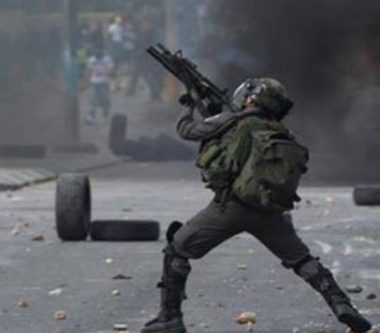 Israeli army vehicles invaded, on Friday at dawn, the town of Hizma, east of occupied East Jerusalem, from several directions, and fired dozens of gas bombs, causing many Palestinians to suffer the effects of teargas inhalation.

Media sources in Jerusalem said the soldiers invaded several neighborhoods in the town, while the focus of the invasion was in the Eastern Neighborhood, leading to clashes.

Local youngsters hurled stones and empty bottles at the military vehicles, while the soldiers fired many gas bombs, and concussion grenades.

Some of the gas bombs directly struck homes in the town, causing many Palestinians, including children, to suffer the severe effects of teargas inhalation.