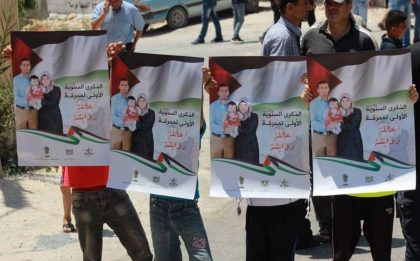 Several Palestinians, including journalists, and international activists, have been injured Friday after Israeli soldiers assaulted the weekly protest in Kufur Qaddoum, east of the northern West Bank city of Qalqilia.

Morad Eshteiwy, the coordinator of the Popular Committee in Kufur Qaddoum, said the soldiers invaded the village soon after the beginning of the weekly procession, and fired gas bombs at them, causing several injuries.

The head of the Popular Committee against the Wall and Colonies Waleed Assaf called on the international community to intervene and stop the Israeli crimes against the Palestinians people, including the terrorist attack against the Dawabsha family, who were burnt to death in their home after Israeli terrorists firebombed it last year. 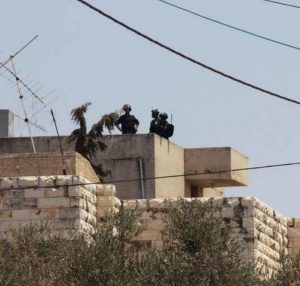 Assaf stated that the Palestinian people will always practice their right to peacefully resist the illegal Israeli occupation, and support all moves to bring Israel to justice through international courts.

It is worth mentioning that the Israeli army used to surveillance drones to film the protesters.