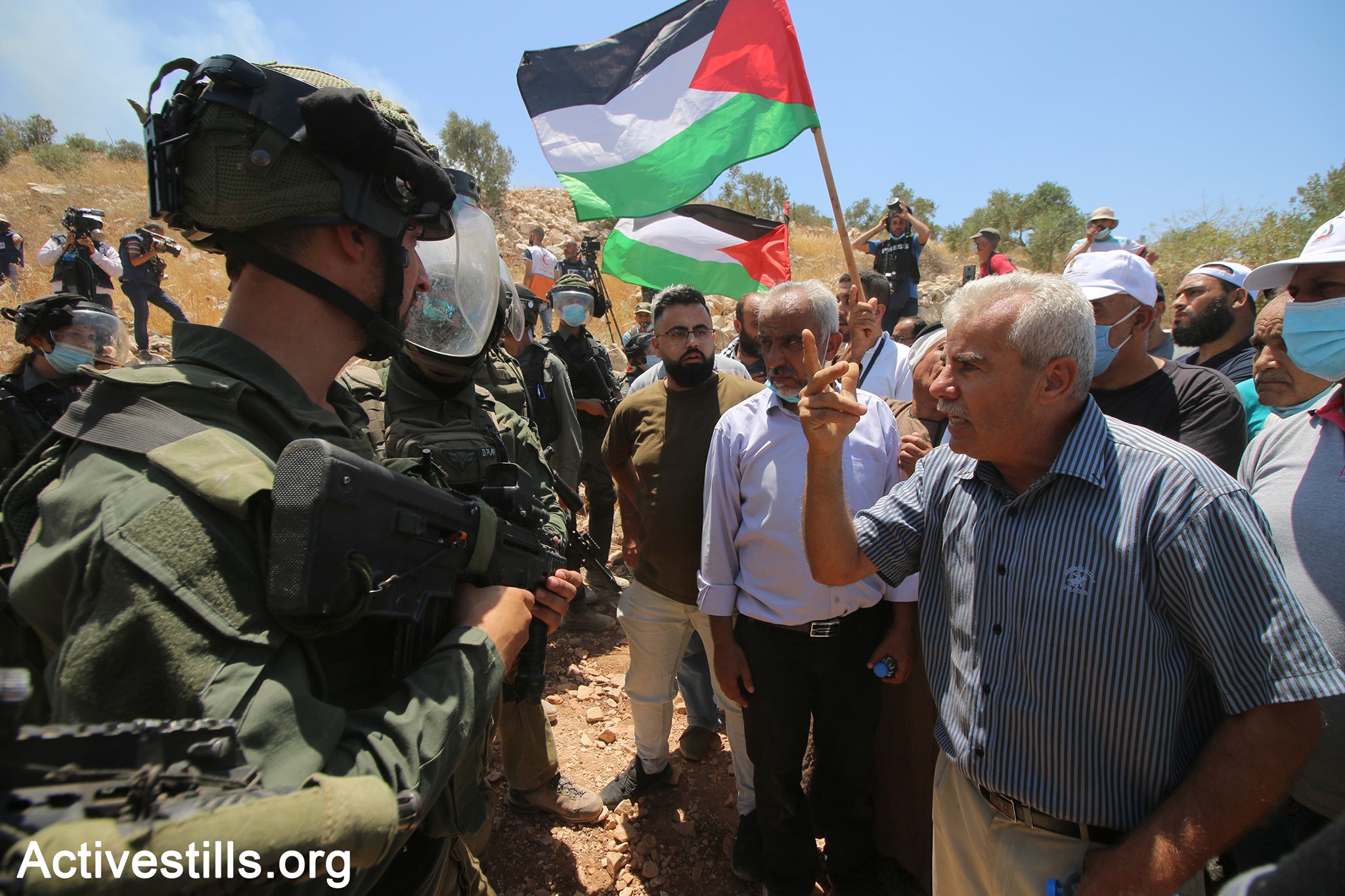 Three major demonstrations were held by Palestinians, on Friday, to express their objection to Israel’s continued colonial settlement activities in the occupied West Bank.

He confirmed that soldiers fired tear-gas canisters towards Palestinians marching against Israel’s attempt to expropriate land, resulting in several cases of tear-gas inhalation.

WAFA further reported that the Israeli army fired concussion grenades at Palestine TV cameraman and reporter, impeding his ability to cover the protest.

Walid Assaf, Chairman of the Anti-Wall and Settlement Commission, asserted the Palestinian peoples’ right to defend their land, and their commitment to do so, to counter Israel’s illegal colonial policies.

In Kufur Qaddoum village, east of Qalqilia city, in the northern West Bank, dozens of Palestinians suffered the toxic effects of tear-gas inhalation when the Israeli army suppressed the weekly demonstration against the separation wall and illegal settlements.

The coordinator of the Popular Committee against the Annexation Wall and Colonies in Kufur Qaddoum, Morad Eshteiwi reported that the injured protesters were treated at the scene.

Meanwhile in Kifl Hares village, west of Salfit city, in the central West Bank, Israeli forces attacked a peaceful demonstration, blocking Palestinian civilians from marching on their lands, under threat of confiscation by the Israeli authorities for the purpose of illegal settlement expansion.