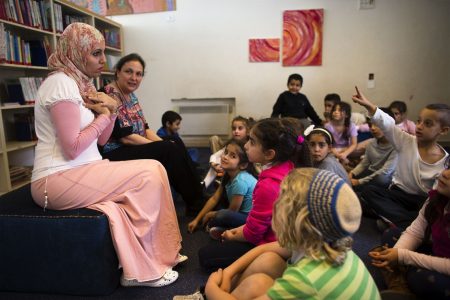 According to Days of Palestine, a former official at the Israeli Ministry of Education, Emmanuel Koplovich, told Ynet News that Shin Bet has rejected the appointment of many qualified teachers.

“Shin Bet was involved in everything regarding recruitment for education positions,” confirmed the former head of the agency, Knesset member Yacob Berri. “It is still active in Arab schools to this day.”

The news website revealed that Shin Bet targeted the Arab teachers in cooperation with the ministry. Teachers did not know why they were dismissed or not accepted for a position.

According to the reports, information about Arab teachers and head teachers was circulated among different government institutions, mainly the education ministry and the Prime Minister’s office.

The Director of Adalah Centre for Arab Minority Rights in Israel, Hassan Jabareen, said that Shin Bet’s interference in the recruitment and dismissal of Arab teachers and head teachers has been known for a long time in the Arab community.

Such actions reiterates the hostility of the Israeli Education Ministry towards the country’s Arab citizens, who make up a fifth of the population.

“The Shin Bet has an important role,” insisted the former Director General of the Ministry of Education, Samson Shoshani. “Its mission is to make sure than no oppression is practiced against anyone.”