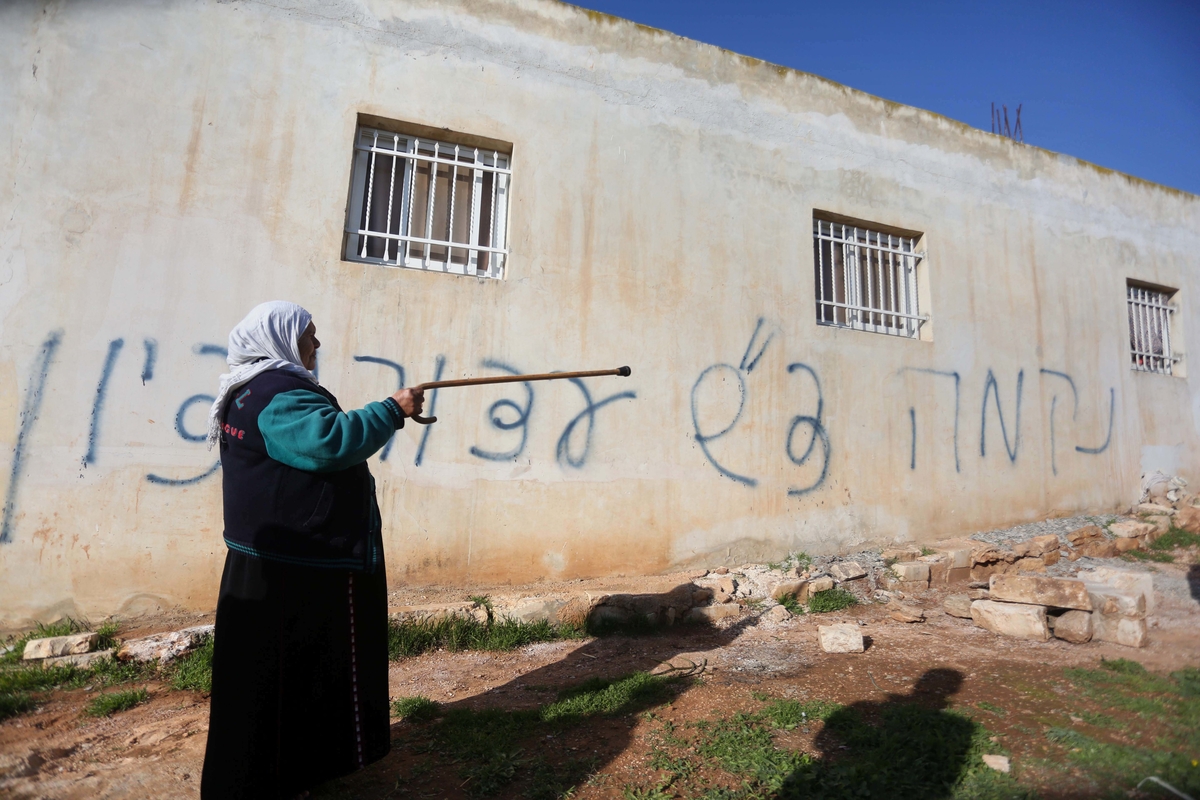 On Monday, an Israeli court indicted seven Israelis, including two sons of a leading rabbi, a soldier, and two minor teens, for participating in dozens of attacks against Palestinian civilians in the Hebron area, in the southern part of the West Bank.

The Israeli court prosecutor asked that three of the suspects be held in prison, with the others held under house arrest. The men and boys involved in the ‘terror cell’ have confessed to numerous attacks, some dating back as far as 2008.

A group of six youths, three of whom are the sons of the head Rabbi in an illegal Israeli settlement, have admitted to a series of attacks against Palestinians dating from 2008 to the present.
The Israeli security service Shin Bet announced Wednesday that the six youth are being investigated for a number of attacks, but have not yet been charged with any crimes, despite their admissions of guilt.

No ‘harsh interrogation’ tactics or physical coercion were used against the six young men, according to the Shin Bet. Palestinian detainees of the same age range are subjected to torture and abuse in up to 90% of the cases, according to the Palestinian Prisoner Society.
The suspects have been identified as Pinchas Sandorfi, 22, Itamar Ben Aharon, 20, Michael Kaplan, 20, two boys aged 16 and 17, and an unnamed Israeli soldier. All of the suspects are from an Israeli settlement colony in the Binyamin bloc.

The Israeli terror cell has allegedly been carrying out attacks for years – these attacks included the beating attack of a Palestinian in July 2015, and an attack on a Palestinian home in December 2015 in which the perpetrators threw tear gas canisters into a home in which a family was sleeping.
The family, including a nine month old baby who was asleep in the home, were able to escape without injury.

The other attacks admitted by the group include firebombing vehicles and homes, writing graffiti and hate speech on Palestinian businesses and homes, and attempting to burn a Palestinian family alive (unsuccessfully) in Mazra’a al-Qibliya village this past November.
No charges have yet been levied against the men and teens involved in these attacks. Police say the suspects are still under investigation.