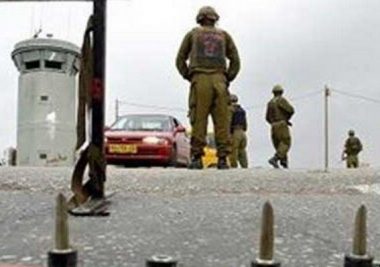 Israeli soldiers abducted, Friday, a Palestinian driver close to the Allenby Bridge, leading to Jordan, near Jericho city, in the occupied West Bank.

The army claimed that the soldiers abducted the man when he “rammed soldiers with his car, mildly wounding one.”

It added that the driver did not have a permit to enter the area, and was instantly moved to an interrogation facility.

It is worth mentioning that Allenby Bridge (also known as Al-Karama Crossing) is the only exit and entry point for the Palestinians in the West Bank, and is under full Israeli control.

In Hebron, in the southern part of the West Bank, the soldiers abducted a young Palestinian woman, reportedly after searching her and finding a knife in her purse.