Army Injures Three Palestinians, Including A Child, Near Jenin 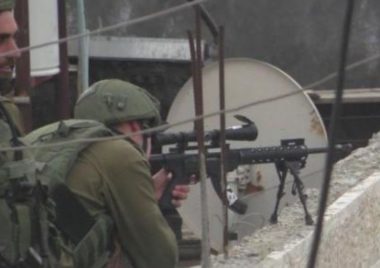 The sources added that a child, only six years of age, was shot with a rubber-coated steel bullet in his eye, and two others in several parts of their bodies.

The Palestinians were shot after dozens of soldiers invaded the town, attacked protesters, and fired many rubber-coated steel bullets, gas bombs and concussion grenades at them, and at many surrounding homes.