Soldiers Abduct A Palestinian, Confiscate His Truck, Near Tubas 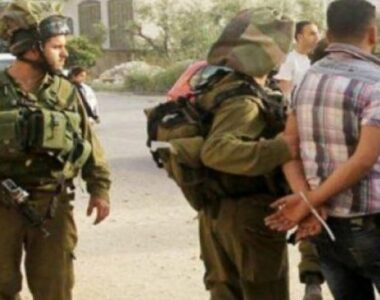 Israeli soldiers abducted, on Monday evening, a Palestinian man, and confiscated his truck, while working in the al-Buqei’a Meadow area, southeast of Tubas in northeastern West Bank.

Mo’taz Bisharat, a Palestinian official who monitors Israel’s colonialist activities in Tubas and the Northern Plains, said the soldiers invaded the area and abducted Assem Younis Bisharat, from Tammoun town, east of Tubas.

Bisharat added that the soldiers also confiscated Younis’s truck, before taking the Palestinian and his vehicle to an unknown destination.

The Israeli army constantly attacks the Palestinians in the Northern Plains and the Jordan Valley areas of the occupied West Bank, as part of its ongoing violations and attempts to illegally annex more Palestinian lands for the construction of the illegal colonies, and for the use of the army.