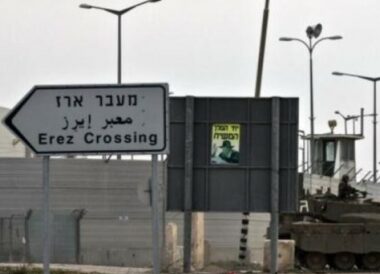 On Thursday, Israeli soldiers abducted a young Palestinian man while crossing the Erez (Beit Hanoun) crossing in the northern part of the Gaza Strip.

Media sources said the soldiers abducted Saber Yousef Abu Thabet, 28, who was a permit to cross, and took him to an unknown location.

Saber is from Deir Al-Balah city in the central Gaza Strip; he is the second Palestinian to be abducted at the crossing this week and the sixth this year.