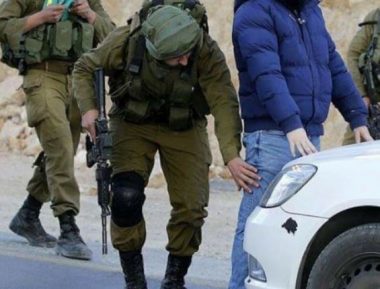 Israeli soldiers abducted, Sunday, a young Palestinian man at a military roadblock, near Mabo Dothan colony, which was illegally built on Palestinian lands in Ya’bad town, southwest of the northern West Bank city of Jenin.

The Israeli army claimed that the man “carried a knife,” and that the soldiers believe he intended to stab them, or was on his way to the colony.

The soldiers also closed the military roadblock, before initiating an extensive search campaign in the area.

In addition, the soldiers abducted seven Palestinians, from their homes, in different parts of the occupied West Bank, confiscated money, and briefly detained many schoolteachers.