Soldiers Abduct A Palestinian near Jenin 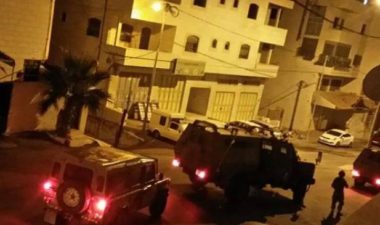 The soldiers invaded the town, before storming the home of Mohmmad Adnan Masad, and violently searched the property before abducting him.

The soldiers interrogated the Palestinian, and members of his family, before moving him to an unknown destination.

In related news, the Palestinian Prisoners Society (PPS) has reported that the soldiers also invaded and searched the rooms of Palestinian political prisoners, held in Sections 15, 17 and 18, in Ofer Israeli prison, near Ramallah, in central West Bank.

It added that around 360 detainees are held in the invaded sections.