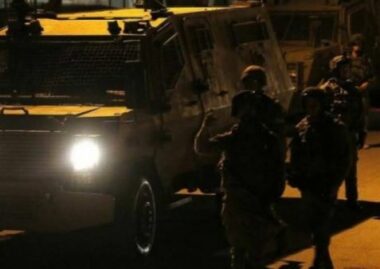 He added that Tamimi was summoned, along with his father, for interrogation at a facility in occupied Jerusalem, and was taken prisoner once they arrived there.

It is worth mentioning that Hamza’s wedding was scheduled to be held, Sunday.

On Sunday morning, the soldiers abducted three Palestinians from the al-Jalama town, and assaulted one in al-Yamoun, in addition to storming the home of a political prisoner, in Jenin governorate, in northern West Bank.