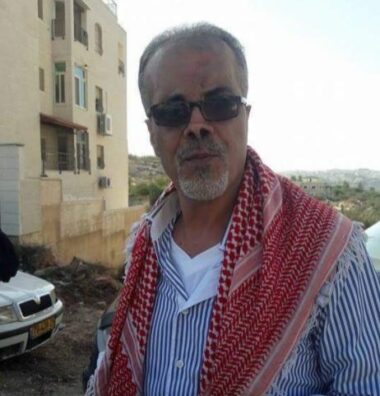 Israeli soldiers invaded, Sunday, the town of Shu’fat, in the occupied Palestinian capital, Jerusalem, and abducted a former political prisoner and a social figure from his home. The soldiers also abducted a child and a young man in Jerusalem, on Saturday night.

Media sources said the soldiers, accompanied by security officers, invaded the home of Nasser Abu Khdeir, 59, and ransacked the property before abducting him.

They added that the soldiers took Abu Khdeir to the al-Maskobiyya detention center and interrogation facility.

It is worth mentioning that Abu Khdeir is a well-known social figure in occupied Jerusalem, and is a former political prisoner who was repeatedly abducted, interrogated, and imprisoned by Israel, spending more than sixteen years in captivity.

Abu Khdeir is highly active in popular and community organizing in Jerusalem; his wife, Abeer Abu Khdeir, a prominent leader in her own right, and their son Anan are also former political prisoners. In related news, the soldiers abducted, on Saturday night, a Palestinian child, identified as Mahmoud Nasser Burqan, 13 years of age, after beating him up, in the Bab as-Sahera area in Jerusalem.

The soldiers also abducted a young man in Bab al-‘Amoud area, in Jerusalem, and took him to a nearby detention center.