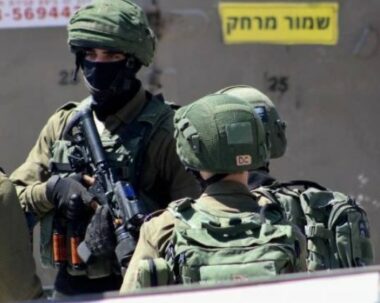 On Sunday, Israeli soldiers abducted five Palestinians, including siblings and a child, from their homes in Bethlehem and Jerusalem, in the occupied West Bank.

On Sunday dawn, Israeli soldiers shot a Palestinian worker before abducting him near the illegal Annexation Wall, west of Zeita town, north of Tulkarem in the northern part of the occupied West Bank.