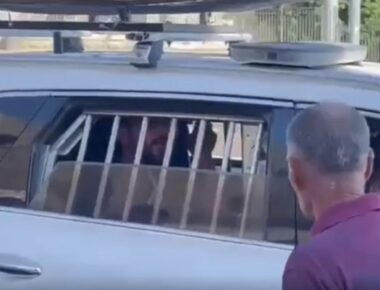 The Wadi Hilweh Information Center In Silwan (Silwanic) said the soldiers abducted Samer Abu Aisha in front of Hadassah Israeli Medical Center while accompanying his son to the hospital and took him to an interrogation facility.

Silwanic added that the soldiers also abducted a young man, Mohammad Sarhan, after Israeli colonizers assaulted him in the Bab al-Amoud area in Jerusalem.

In related news, several Israeli army jeeps invaded several areas in Deir Abu Mashal village, west of the central West Bank city of Ramallah, and used a drone to survey the village, in addition to interrogating three young men for a few hours.

Earlier Sunday, the soldiers abducted five Palestinians, including siblings and a child, from their homes in Bethlehem and Jerusalem, in the occupied West Bank.

Also, the soldiers abducted a former political prisoner and broke into the Village Council building in Nazlet Zaid village, southwest of Jenin, in the northern part of the West Bank.

On Sunday dawn, the soldiers shot a Palestinian worker before abducting him near the illegal Annexation Wall, west of Zeita town, north of Tulkarem in the northern part of the occupied West Bank.

On Friday night, The Palestinian Health Ministry confirmed the death of a Palestinian man who was shot and seriously injured by Israeli army near Nablus, in the northern part of the occupied West Bank.