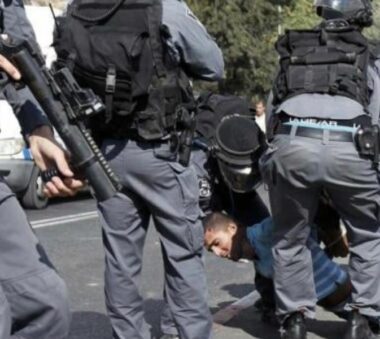 Israeli soldiers abducted, on Tuesday at dawn, five Palestinians from their homes in the Old City and the at-Tour town, in the occupied Palestinian capital, Jerusalem.

Media sources said many soldiers, and intelligence officers, invaded the as-Sa’adiyya neighborhood in the Old City, before storming and ransacking homes.

They added that the soldiers abducted Yousef al-Hazeena, Nawras Abu Ghazal, Issa Met’eb, and Yazan Harbawi, from their homes in the Old City, in addition to Mohammad Haroun from the at-Tour town, in the eastern part of the city.

The soldiers also installed roadblocks in various streets and alleys leading to the Al-Aqsa Mosque, in addition to many areas around Palestinian towns and neighborhoods, in several parts of East Jerusalem.