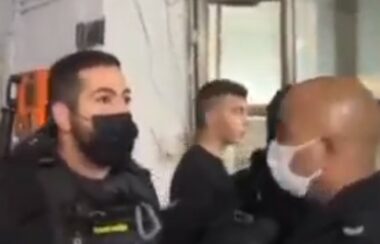 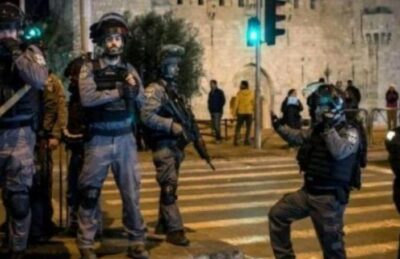 The abduction occurred after a group of illegal Israeli colonizers broke into the Hotel to occupy it before the soldiers surrounded it before storming the property and attacking several Palestinians.

After the initial incident, the soldiers abducted a Palestinian lawyer, Midhat Deeba, in the Hotel and took him to an interrogation facility.

The Greek Orthodox Patriarchate in Jerusalem owns the Hotel and rents it out to Palestinians from the local Qirrish family.

In related news, the soldiers abducted a young man, who remained unidentified at the time of this report, near Bab as-Sahera.

It is worth mentioning that the colonizers, supported by their government, have been trying to occupy Omar Bin al-Khattab Square and its surroundings to establish a colonialist outpost.