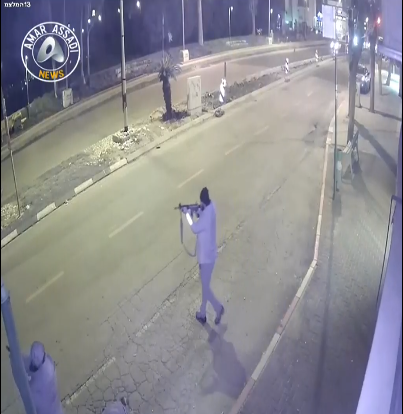 In the town of Hadera on Sunday evening, two Bedouin men from the unrecognized village of Umm al-Fahm shot and killed two Israeli border officers and wounded four Israeli civilians. The two men were then shot

The two Israeli border officers who were killed were identified as Yazan Fallah, 19, an Arab-Druze soldier from Kisra-Sumei in Galilee, and Shirel Aboukaret, 19, from Netanya.

According to Israeli sources, the so-called “Islamic State’ movement known as ISIS or Da’esh, claimed responsibility for the attack, which was the second in the past several days in southern Israel. Israeli sources reported that the two shooters were shot and killed by two undercover officers from the Counterterrorism Unit of the Israeli Border Police who were eating at a cafe nearby.

Four Israelis were injured in the shooting and were hospitalized. They were a 45-year-old man, a woman in her twenties, and two men in their twenties.

Soon after the shooting, Israeli Prime Minister Naftali Bennett came to the site of the attack to pay respects.

The Palestinian-Israeli head of the Ra’am party, Mansour Abbas, told reporters, “This disgusting crime was ISIS-inspired and does not reflect the Israeli-Arab population, which seeks to live in respect and in accordance with the law, a life that honors the living and coexistence between Arabs and Jews.”

Immediately following the attack, Israeli forces locked down the village of Umm al-Fahm and arrested several relatives of the men who carried out the attack. The troops also deployed a helicopter in the area around Hadera to search for any “suspicious persons”.

Palestinian President Mahmoud Abbas sent his condolences to the families of those killed and injured in the attack.

US Secretary of State Antony Blinken also condemned the attack. He called it a “senseless act of violence and murder”.

Um al-Fahim Mayor Dr. Samir Mahameed, told the Al-Arab News agency that what happened was a serious incident, adding that one of the two attackers is known to the Israeli security devices and was previously convicted in court for his membership with ISIS.

“We do not and will not support such ideology and attacks,” Mahameed said, “We call on the police to perform its duty and apprehend those who carry such a fanatic ideology.”

“When a group like ISIS claims responsibility for any attack, we need to know that all of us are targets,” Mahameed added, “ISIS never hesitated and will not hesitate to kill Jews, Christians, and Muslims alike; this group needs to be obliterated.”

It is worth mentioning that one of the attackers has a brother who is an officer with the Sharon Israeli Police department.