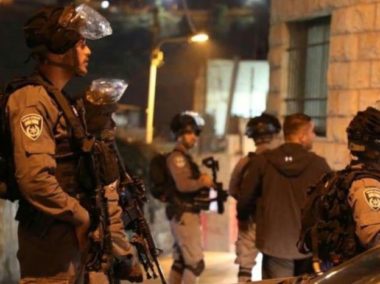 Media sources said the soldiers invaded Obeid street in the town, and abducted Ahmad Monir Obeid and Maher Obeid while walking near their homes.

They added that the soldiers also invaded the home of Amir Awwad, and violently searched the property, before abducting him.

In addition, the soldiers abducted Abdul-Rahman Mahmoud, while walking in the French Hill area, in Jerusalem.

It is worth mentioning that Mahmoud is a former political prisoner, who was only released on February 19th, 2019, after spending seven years in prison, and was detained on the same day of his release after receiving an order preventing him from entering his home town, al-‘Isawiya.

In related news, the soldiers closed the southern entrance of Hizma town, after locking its iron gate, which was installed on April 1st.